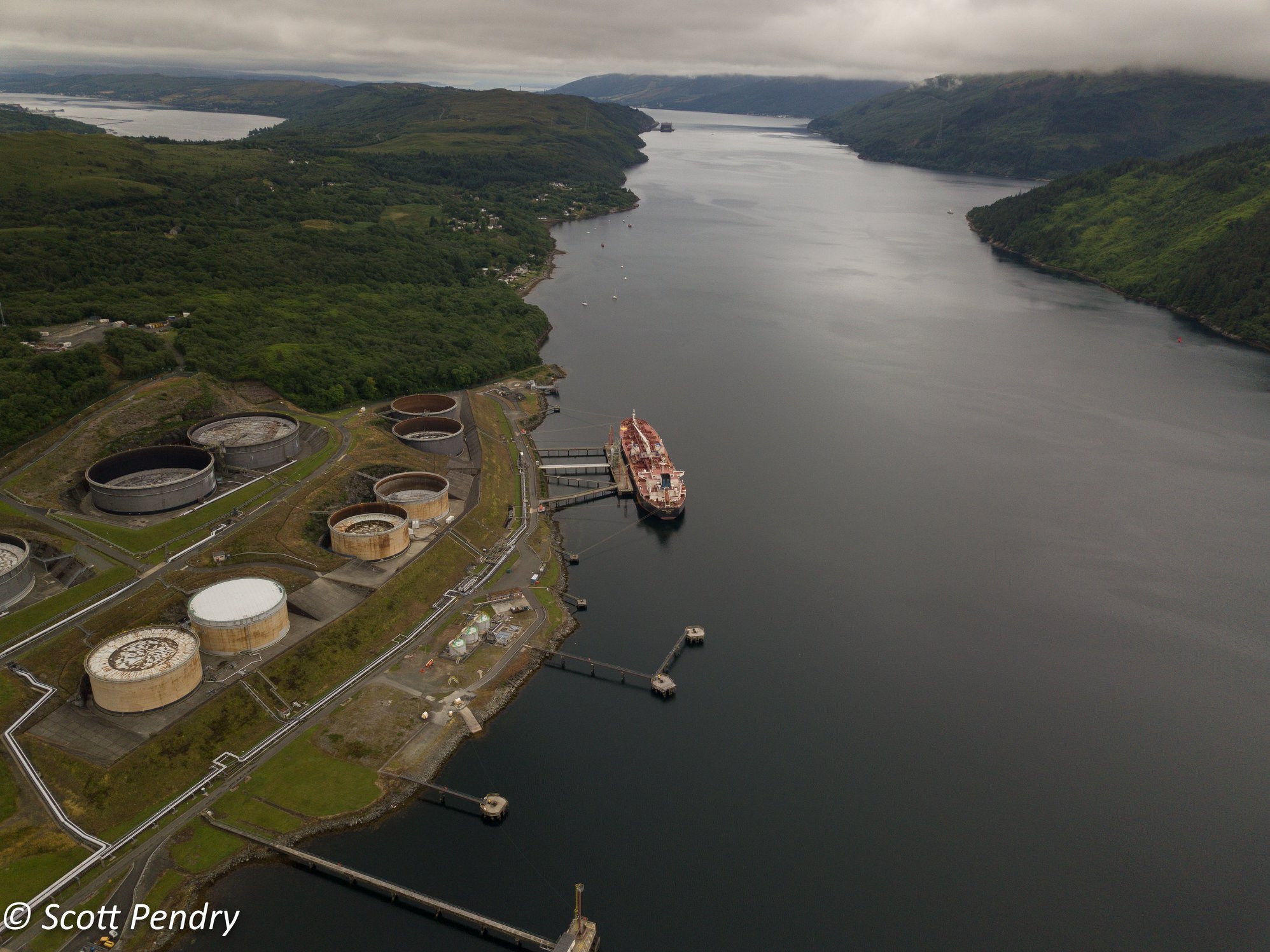 The Loch Long team conduct an annual project weekend and have collaborated with both scientific and conservation bodies. Team diver Andy Pilley describes some of the goals of the project.

“Project Baseline Loch Long is a conservation project located in a sea loch thirty miles west of Glasgow. A visibility station has been setup at Finnart, the site of a former refuelling jetty that was demolished in the 1950s. It is a popular training site for clubs and schools across Scotland, and allows divers from different agencies to engage with the project and provide measurements of depth, temperature, visibility and tide.

A conservation project has been established farther north at a site called The Caves. This is a popular fishing spot and there is a large volume of discarded monofilament line which is trapping the resident marine life. Clear up dives are conducted to remove this line and release any animals that have been trapped.”

The dive site itself is the remains of an old pier which was dynamited, leaving a number of large concrete and metal frames which has formed an artificial reel for marine life. The site itself reaches a depth of around 45 metres but the best and most common diving is between 7 and 24 metres.

This is the largest of the A-frames on the site and it sits at around 18 metres (depending on tide) is often visited by divers and well known which makes it easy to get other divers involved int he project. As a station it is used to record visibility and temperature measurements. We also monitor the condition of the marine life in this area.

Each year the team arrange a project long weekend that mixes training, diving and talks from guest speakers. Owen Flowers’ film from 2019 tells the story.

Team divers contribute marine survey data to the Seasearch project. In 2019 a survey of horse mussel (Modiolus modiolus) beds in Loch Long was carried out. Bottom trawls and dredges, particularly those used for scallops, have caused widespread and long-lasting damage to some horse mussel beds, which makes monitoring them important.

Samples of sediment have been analysed for uncharacterised species of actinobacteria by Dive for Antibiotics scientists at the Institute of Pharmacy and Biomedical Sciences at the University of Strathclyde. Read more on the In Depth blog.

A Ghost Fishing UK training course was held at Loch Long and team members have since removed abandoned, lost or discarded fishing gear (ALDFG) on both the west and east coasts of Scotland.