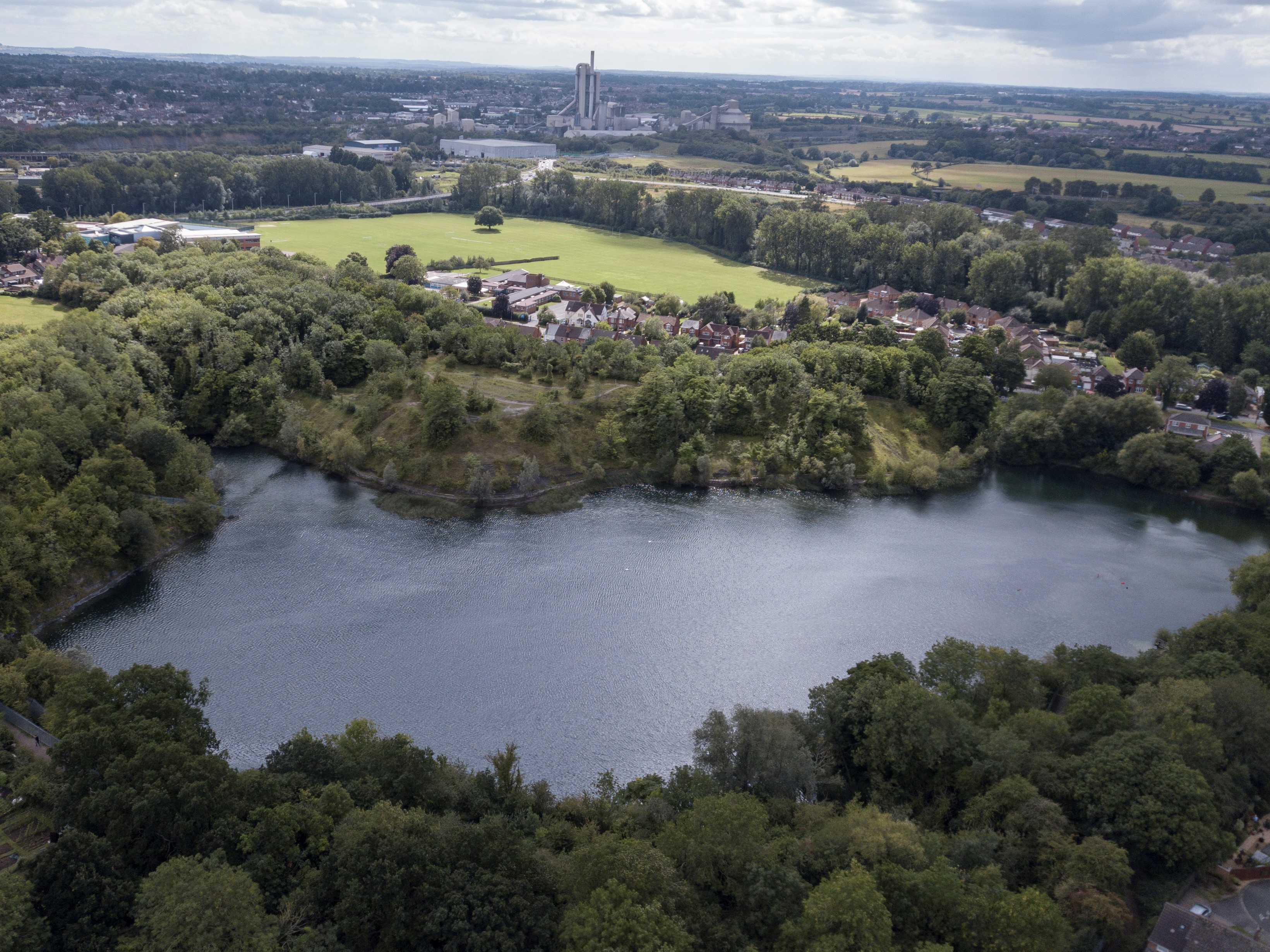 The Midland Pools team are our only active inland project – the team is monitoring crayfish within quarry pools. Martin Maple and Robert Corby describe the aims of the projects.

“The Midland Pools project team is working to record, monitor and preserve water-filled quarries in Leicestershire and Warwickshire. The sites are now nature reserves and the former quarries have biological, geological and historical interest due to the mineral deposits and old works, which have included clay for brick making and slate for roofing. Many are also now of conservation interest as ‘ark’ sites for the native white-clawed crayfish (Austropotamobius pallipes).

White-clawed crayfish are killed by a fungal pathogen (Aphanomyces astaci) carried by the non-native signal crayfish (Pacifastacus leniusculus) that makes their conservation important.

The project invites divers of any agency background to contribute. We aim to provide them with a project that will build capacity and enable methods to be tested that can be used in the future on other projects.”

Bishop’s Hill Nature Reserve sits north of the village of Bishop’s Itchington in Warwickshire and was once part of the Harbury Cement Works. The rock is a sequence of limestones and shales laid down in the Jurassic period and is rich in fossils. The site was worked from the mid-nineteenth century until 1970. Subsequently it was used as a depot until it finally closed in 1994. It has since been established as an important local site for wildlife. Today the grassland, scrub and woodland plus the 10m deep Blue Pool provide a rich mosaic of habitats for local wildlife.

The station is located on a 7m shelf at the west side of the quarry.

Ensor’s Pool is a former clay pit in the south-west of the town of Nuneaton in Warwickshire. The groundwater-fed pool overlies Etruria Marl that was extracted for brickmaking early in the twentieth century. It held a very large population of white-clawed crayfish, estimated at 50,000 individuals, which was of national importance as one of the best lake populations of crayfish in England leading to its designation as a Site of Special Scientific Interest. However trapping surveys in 2014 indicated that the population has been lost.

The station is located at 8m on an old telegraph pole near the centre of the quarry.

Hill Hole Quarry opened in 1852 in the village of Markfield in Leicestershire. In 2001 Hinckley & Bosworth Borough Council purchased the site and it is now a nature area within the National Forest. The site includes a water filled quarry, small wooded area, allotment gardens and open grassland with exposed rock faces.

Hill Hole Quarry is a Local Geological Site for the exposed Markfieldite granite. The meadow to the north is designated as a wildlife site and is classed as a Site of Importance for Nature Conservation. The exposed rock faces and heath grassland are priority habitats, the subject of Biodiversity Action Plans. The quarry pool contains a population of white-clawed crayfish.

The station is located at the west of the quarry.

Newbold Quarry is located in the village of Newbold on Avon on the edge of Rugby in Warwickshire. Lime was made at the site from 1850. Limestone was extracted from the alternating mudstones and fine-grained limestones of the Rugby Limestone Member of the Blue Lias Formation. Flooding stopped operations in 1923 and it closed in 1927. The quarry was used as a canal reservoir until the 1980s. The site is now designated as a Local Nature Reserve and Local Geological Site. It contains an ark population of white-clawed crayfish. The water is 15m deep.

The station is located on a 7m shelf at the north side of the quarry.

Stoney Cove is a former granite quarry in the village of Stoney Stanton in Leicestershire. Stone quarrying first began at the beginning of the nineteenth century but when quarrying ceased in 1958 spring water was allowed to flood the workings. Five years later the flooded quarry had already become popular with local pioneers of diving. Today it is an established inland diving site with water going to a maximum depth of 36m. It is home to perch, roach and pike, as well as a healthy population of white-clawed crayfish.

This is the only Midland Pools site that can be dived independently of an organised project day and all divers are encouraged to submit temperature and visibility data.

The station is located on an old winch gear lying on the 7m shelf at the south-east side of the quarry.

The station is located on a Wessex helicopter lying on the 20m shelf at the eastern side of the quarry.

Swithland Wood is a biological Site of Special Scientific Interest and Nature Conservation Review site located south of the village of Woodhouse Eaves in Leicestershire. It is Leicestershire’s most important ancient woodland and quarries within the wood were used a source of slate for local buildings since Roman times. There are twenty-four slate pits in the wood although only two, Great Pit and Old Pit, were ever of industrial scale.

Slate was extracted to a depth of 55 metres at Great Pit although since production ceased in 1887 it has filled with water. It is approximately 100 metres long, orientated north to south, and is slightly bell-shaped underwater at the north end. The rock is weathered above the water but below is well preserved – toolmarks provide evidence of the method of slate extraction. The water tastes exceptionally tannic due to the presence of fallen leaves and trees but remains clear.

The station is located at the east side of the quarry.

Recording and monitoring of these sites is by kind permission of:

We are grateful for a grant from the British Sub-Aqua Jubilee Trust that supports this project. Our project report is available for download.

In addition to the Project Baseline database, the team contribute data to: